A summit with Southeast Asian leaders organized and hosted by President Joe Biden concluded at the White House on Friday with a group statement that omitted any condemnation of Russia’s invasion of Ukraine. 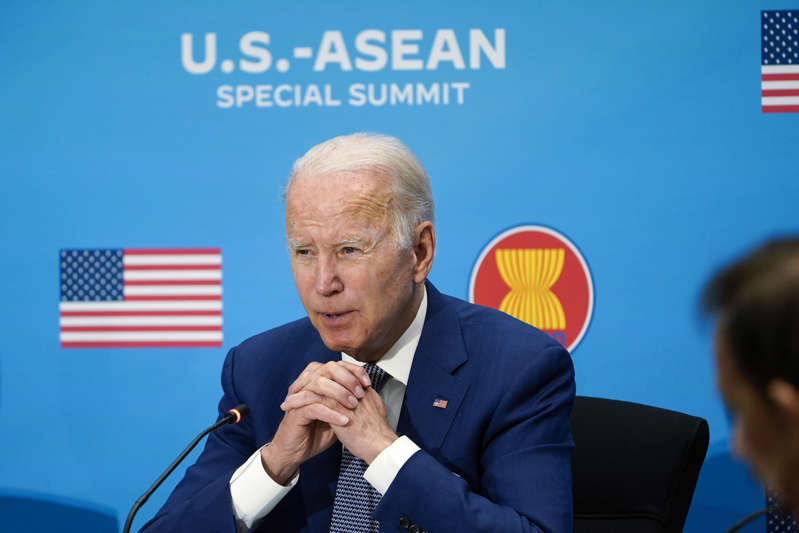 The nations participating in the summit, called the Association of Southeast Asian Nations or ASEAN, issued a statement calling for the “immediate cessation of hostilities” in Ukraine. The countries said they “reaffirm our respect for sovereignty, political independence and territorial integrity.”

But the statement did not use the words “Russia,” “war” or “invasion.” The Kremlin refuses to describe its invasion of Ukraine as a war, instead calling it a “special military operation.” Tens of thousands of soldiers and civilians have been killed, according to estimates by Ukrainian, U.S. and European officials, and Ukrainian cities have suffered widespread destruction from airstrikes as well as artillery and missile barrages.

Biden has sought to rally US allies in support of Ukraine’s defense, and has had success in Europe, where most NATO countries have supplied weaponry and other material to Kyiv’s forces.

But ASEAN’s membership includes nations that are warier of directly criticizing Russia. Indonesia, which will host the Group of 20 summit later this year, has refused to exclude Vladimir Putin from the gathering and is instead extending invitations to both the Russian leader and Ukrainian President Volodymyr Zelenskiy.

Much of the ASEAN summit was conducted behind closed doors, so it wasn’t clear to what extent the Ukraine portion of the joint statement was debated.

Biden aides didn’t expect the Southeast Asian nations to weigh in on Russia’s attack on a European nation — and the US considered it a step forward that they called for a peaceful resolution and stressed Ukraine’s territorial integrity, a senior administration official said.

Leaders from Brunei, Cambodia, Indonesia, Laos, Malaysia, Singapore, Thailand and Vietnam arrived Thursday at the White House, which was hosting an ASEAN summit for the first time in the 55-year history of the political and economic alliance.

Biden also said Friday that he will nominate Yohannes Abraham, who serves as chief of staff and executive secretary at the National Security Council, as US ambassador to ASEAN. The post has been vacant since January 2017, according to the Straits Times.

US officials believe that holding the meeting — and announcing new investments — can help combat China’s growing influence in the region.

The US and ASEAN also agreed to establish a comprehensive strategic partnership in November, they said in the statement. This follows ASEAN’s establishment of a similar relationship with China last year.

Earlier Friday, White House Press Secretary Jen Psaki said “Ukraine will absolutely be on the agenda” of the summit, but declined to say whether the word “Russia” would appear in the joint statement.

“A number of the ASEAN participants have been important partners in calling out the aggressive action of Russia and invading Ukraine, in participating and in supporting sanctions and, certainly, abiding by them,” she said.

The ASEAN nations said they also “remain deeply concerned over the crisis in Myanmar,” where a military junta again rules the country after a coup against its elected leaders.